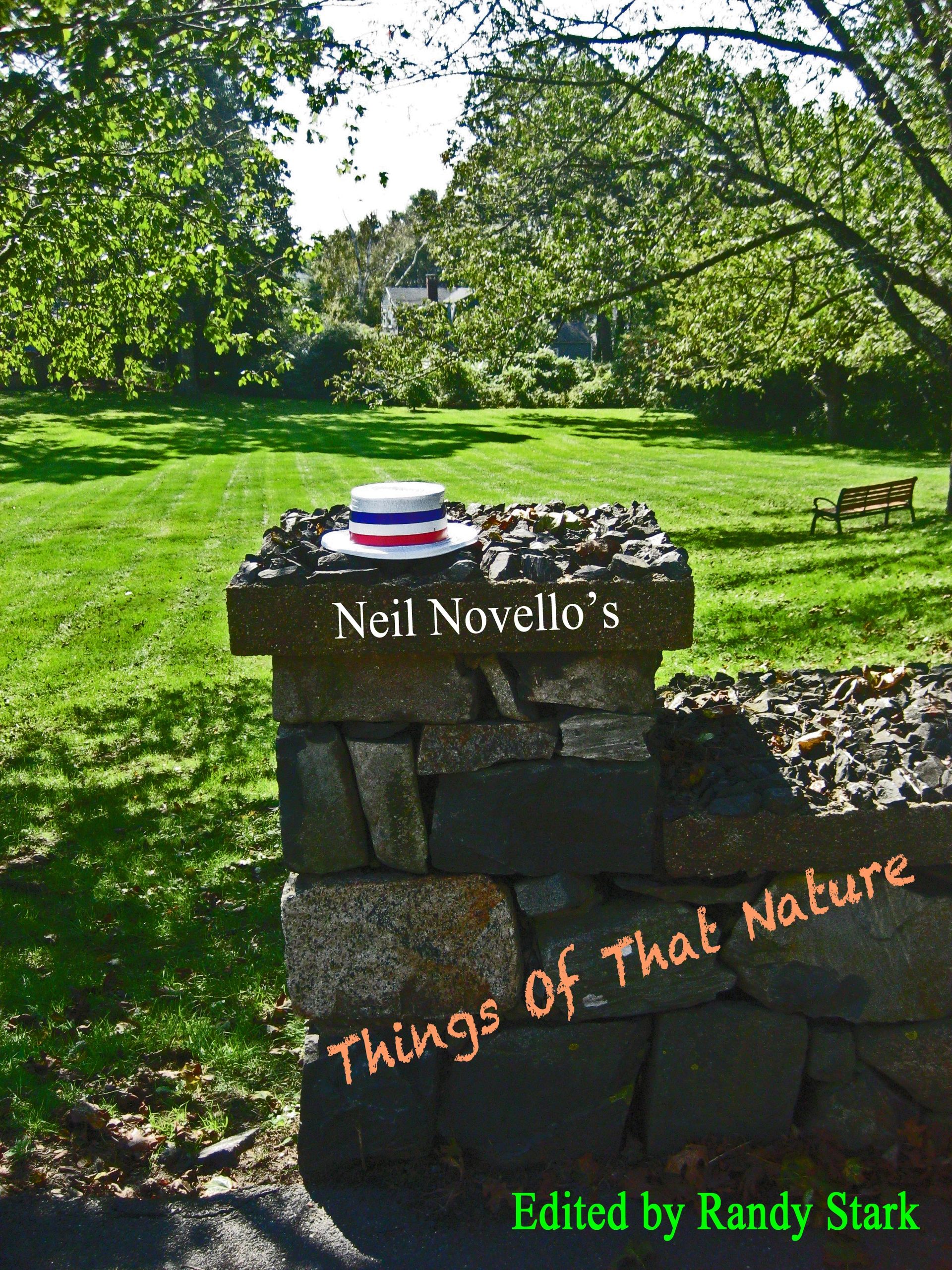 Things Of That Nature: "Preface"

While looking at the photos in Things of That Nature it occurred to me that day or night, black and white or color, nature isn’t what it used to be. The things of Neil Novello’s “nature” are not landscapes of the breathtaking vista or jaw dropping mountaintop variety. They are more of the exhalations of an urban consumerism, the semiotics of the quotidian, the daily evidence of impermanence, discards, disposables, with asides of juxtaposed architecture, drive-thru commerce, and throwaway culture.

Although taken in metropolitan areas, only a few of the photos contain human figures, and they appear mostly in the distance. And while people are preeminently essential to Neil’s documentary and biographical work (he calls John Cassavetes’ Faces one of his favorite movies) in this collection people are bystanders, extras, a shadow only, or were there by implication, seconds before or after the picture was taken, such as at the solitary ironing board in the opening section.

More dramatically, in the Beta Rapture Test series, apparently people have recently been lifted right out of their shoes (or, to paraphrase Dizzy Gillespie, “they have withstood the vicissitudes of the contingent world and moved in an odyssey into the realm of the metaphysical”.

I’ve accompanied Neil on some of his photo shoots and was present when several of the Things of That Nature photos were taken. I could never really tell what he was looking at, what he was seeing in the ordinary scene before us, and even when I saw the finished product, what is in the center of the picture, which really seems like the point, is not what he wants you to be looking at.

He explains it in one of his introductory comments: “What still catches my eye are the converging lines, contrast of color, textures, and patterns in building materials, industrial settings and city streets with power lines and utility poles as well as finding humor in inanimate objects.” He sees things differently and converts that vision into art.

The artifacts of our retail lifestyles, an entertaining testimony of contemporary detritus, and a photographic collection of midden that might turn out to be a boon to anthropologists and archaeologists (for example, the photo of the Seattle parking lot from 1983 in the introductory section is now buried under Amazon’s sprawling corporate campus) are Things of That Nature, a brisk visual account of this time to future generations.

Things Of That Nature: "Introduction"

"I look at life as one long camera move"

I’m a visual person. I’m told when you can’t read or write well and have trouble with comprehension and attention span, the visual becomes a primary means of gathering information and learning about the world.

When I doodled as a child, I drew boxes with perspectives, using straight lines to create curves, storyboards, mazes, mixing shapes such as circles in squares or triangles up against each other to create crisscrossing lines. And there was the occasional funny caricature. I liked to do titles and lettering with different fonts.

As a member of the first generation to watch television and second generation to go to the movies, I look at the world as one long camera move.  I noticed the framing of the shot and the camera movement in a movie before I knew who starred in the movie or what it was about. I enjoyed the camera movements called tracking shots, dolly shots, camera car shots where the camera is going at the same speed as the subjects being chased or attacking or marching or flying.

I liked the crane shots. The camera is lifted over walls, over the crowd, or swoops down from a panoramic view to a single individual. The way the camera moves in and out of a room.  Or a hand-held camera that walks among the scene and people.

And there’s the follow focus where the camera is stationary and following someone or something where the subject is going so fast as to leave the background blurred without definition.

I slowly started to be a keen observer and learned about the composition of the shot, such as perspectives, contrast, textures, lighting techniques, use of color, and richness of black and white.

Until my junior year in high school I used a Kodak Instamatic Super 8mm camera. I tried every camera movement I liked with my 8mm camera, but very little with a still camera outside of snap shots of friends and family.

And then, I met Fred Babb who was the brother of my elementary school friend Tom. Fred was older and had returned from Vietnam. He was the first artist I ever met. He painted and had a 35mm camera. One evening, there was a family get together at the Babb house where part of the evening Fred showed lots of his slides. He talked about the composition, the color and why he picked the subjects and what caught his eye. After his talk, I told him I was inspired.

I saved my money and bought my first major still camera, a 35mm Honeywell Pentax when I was a junior in high school. I took lots of pictures, in black and white, and color slides. I took my camera everywhere and even made some money taking pictures of weddings and events. In the late 1960’s, my friend Randy and I went on a bit of an adventure taking the City of Torrance bus to downtown Los Angeles. It was on one of those trips that I began to realize what subjects I was drawn to.  We walked around Los Angeles and I took pictures of skyscrapers and the activity of busy streets, the open-air store fronts blasting music to attract customers, alleyways, skid row---nothing like the suburb of Torrance in the South Bay.

I realized on our trip to Los Angeles that I wasn’t comfortable taking candid pictures of strangers. Yet, when I became a documentary filmmaker I wasn’t shy about filming people as I was with a still camera. It’s hard to explain, but as a documentarian I never hesitate to record people and events in the streets, capture images from a car or even record surreptitiously.

What still catches my eye are the converging lines, contrast of color, textures, perspectives as well as patterns in building materials, industrial settings and city streets with power lines and utility poles as well as finding humor in inanimate objects.

This photo book has a collection of photos with some humorous captions and titles. Things Of The Nature starts with an introductory selection of photos called, Early Works, and the chapters: Cones & Arrows, Abandon, and Whatnots have introductions to them.

MESSAGE TO THE READER

The photo book is formatted to scroll through one page at a time. There's the photo's title, the year and city where it was taken and in some cases a caption or story to go with the photo. Then scroll to the photo which is the next page as a stand alone.

If you want to enlarge or reduce the size of the page take the cursor to the bottom of the page and an icon of a magnifying glass will appear.

The Introductory selection of photos to Thing Of That Nature photo book is Early Works with a brief introduction.

Chapter One of Things Of That Nature is Cones & Arrows which includes an introductory page with a photo.

Chapter Two of Things Of That Nature is Abandon that starts with an introductory page with photos and is divided into three parts,  Part One "Big Ticket Items", Part Two "Metaphysical" &  Part Three "Drink & Drop"

Chapter Three of Things Of That Nature is Whatnots with an introductory page with a photo.